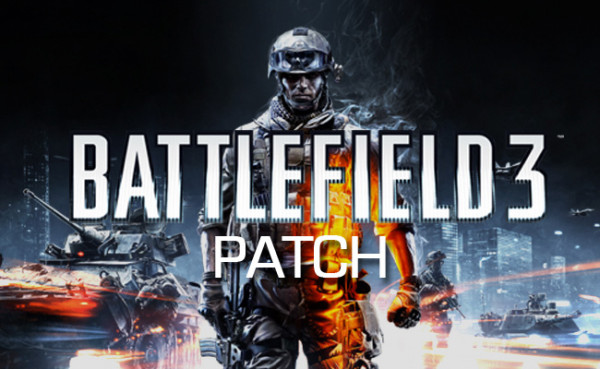 – Weapons balancing
Based on detailed community feedback and data analysis we have made some minor weapon tweaks to recoil and accuracy. The goal of these tweaks, and the overall goal in Battlefield 3, is to give each weapon a unique feel and competitive performance to other weapons of a similar type.

M416: First shot and horizontal recoil slightly increased. This should make the choice between M16 and M416 more interesting again.

LSAT: Hip accuracy has been increased to highlight the weapon’s role as a highly mobile LMG.

Type88 LMG: Recoil has been decreased to make it a viable option when compared to the M249.

UMP45: Decreased fully automatic fire to differentiate this weapon from the PP2000.

MP412: Increased its accuracy to better distinguish it from the .44 Magnum.

M26: Increased aimed accuracy to be in line with the other shotguns.

– Weapons bug fixes
Fixed the MTAR’s range not being correctly reduced when equipped with the sound suppressor.

Fixed a bug where suppressive fire had reduced effect on the M16 and M5K when compared with other weapons.

Fixed a bug where the M5K’s Flash Suppressor had no effect on accuracy.

Fixed an issue with the Mk3 shotgun’s ACOG being low resolution.

– M-COM disarm fix
Fixed an issue where M-COM stations couldn’t be disarmed from the left side while standing up.

– Alborz Mountains rock fix
Rocks and stones collision tweaked on Armored Kill maps. Players should no longer be able to exploit a collision issue that allowed them to hide inside rock formations.

– Sharqi Squad Rush spawn fix
Players would sometimes spawn out of combat if spawning shortly after the first M-COM explodes on Squad Rush on Sharqi Peninsula. With this fix, spawn points have been moved back to prevent this from happening.

– Alborz Mountains Squad Rush fix
Cameras were incorrect in the spawn menu, pointing to old locations and not where you would actually spawn in. This has now been fixed.

– Gunship balancing changes
We have now removed the gunship FLIR view (the position is still available, just not the black/white view) and decreased the damage radius of cannon explosions. This was done because of balancing reasons. Previously it was too easy for the gunner to get visual contact on enemy soldiers on the maps, and the splash damage is reduced to make it harder to kill infantry from the cannon seat.

–Two players can no longer spawn into the Mobile Artillery. This was a spawn-in-menu bug on the Operation Shield map which has now been fixed.

– Tweaked hard to get medals
Looking at the persistence system, we could see that a number of the hard to get medals were actually too hard to achieve (in our opinion based on our intended design). While we never meant for all medals to have an equal distribution, the hardest ones were still intended to be more achievable than they have proven to be so far. Therefore, we have slightly decreased the prerequisites to achieve a number of the hardest to get medals in the game. One positive side effect (if you like playing Recon) is that we will likely see a slight bump in the Recon kit’s average Score Per Minute overall.